I’ve written and recorded a little music in my lifetime, with Vancouver’s Sick Sick Yeah, my solo project Larry, and with manufactured boy band, Parksville Rancher. It has to live somewhere…

The Ballad of Les Battersby

The Ballad of Les Battersby – Coronation Street tribute song by Dan LaRocque and Parksville Rancher. Les Battersby is the handsomest man in all Weatherfield.

The original anthem for the independent state of Cascadia. Download it at will.

Wrestle With Me Xena.

This song comes from my debut CDEP, Skips Like Us. It’s an homage to Xena, Warrior Princes, Lucy Lawless, and tough chicks in leather everywhere. Feel free to download and share. 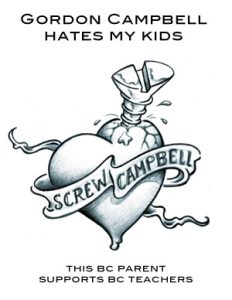 Gordon Gordon What Are You Snortin’?

How about a little Fantastic Four?

I Can’t Land This

Recorded by Sick Sick Yeah back in ’93 in Vancouver. We used a 4-track Fostex cassette recorder and bounced drum, guitar and vocal tracks around till we came up with this result. It was released on cassette on our first 6 song EP, and also on a CD compilation of Vancouver punk rock bands called Wade Free Vancouver. It came up on my random mix the other day, and I thought, Damn, that’s pretty good.

One Response to Songs And Lyrics